The Musée de l’accordéon’s mission is to protect study, educate and transmit the material and immaterial heritage related to the accordion in Quebec and elsewhere in the world. The museum holds a collection of 150 accordions and other instruments related coming from different time period and part of the globe. It also possesses an important range of reference books and archives use to document its collection.

The museum wants to be a meeting point for its international and national partners (musicians, collectors, craftsmen) as for the public and schoolchildren. The museum definitely acts as a meeting and diffusion center of the rich musical heritage of the accordion in Canada.

Historic of the institution

Leading instrument of Quebec’s culture, the practice of the accordion is part of the cultural environment of the people of Montmagny for close than a century. This immaterial heritage is firmly rooted in the regional culture favored the creation in 1989 of the Carrefour Mondial de l’accordéon, an international music event, as well as the creation in 1992 of the Musee de l’accordéon. The museum was recognized in 2001 as a museum institution by the Ministère de la Culture et des Communications du Québec. 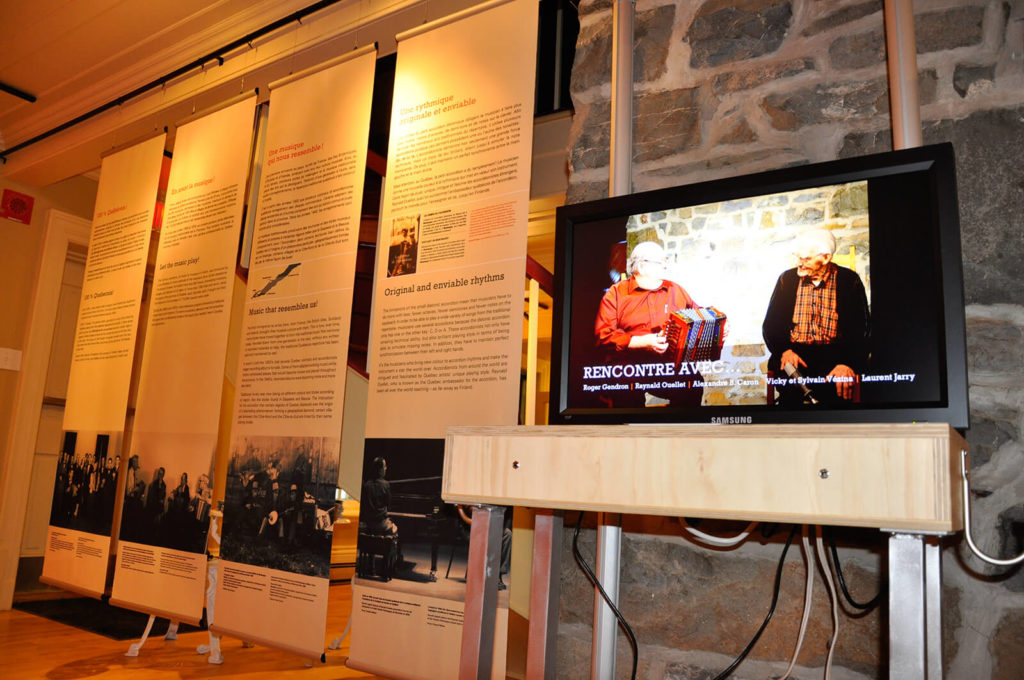 Composed of 3 permanent employees and ten or so volunteers, the Carrefour mondial de l’accordéon and the Musée de l’accordéon team has developed a thorough knowledge of the traditional musical heritage and has built up many partnerships with the accordion international community. Only institution of the museum network in Canada centered on the accordion thematic, the museum is a privileged place where the rich regional tradition of craftsmen and diatonic accordionists are highlighted, as its openness to the world.